We have been playing in Round 3 of the NSDCA Online Rapidplay this week, where Crewe 3 were involved with the top of the table clash with Holmes Chapel. There was much banter among the team before this big match as Nigel Gardner started off a superb chain of messages starting with a picture of: 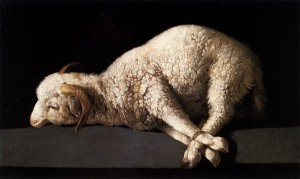 Despite being outgraded by some 240 pts, Lee Tilton’s Crewe 3 put up a stubborn fight against the competition favourites. An incredible performance from Kobus Nienaber (grade 98) won his 1st game against a very experienced player graded 168. The remaining players all battled hard and pushed opposition players all the way, but in the end the sheer strength and ability proved conclusive as Holmes Chapel ran out to win 7-1. Their captain Mike Hancock told our reporter that “the result did not do justice to Crewe’s efforts, and that our club is breath of fresh air in the League !”

Crewe 1 played Cheddleton on Wednesday, without Karl Lockett and David Hulme to allow some squad rotation. It was great to see Simon Layhe back in the team after a few months break, with Rick Renegade, Harry Gardiner and Dave Price making up the team. A solid team effort produced a comfortable 6-2 win to take the team up the table to 3rd. This was an expected result with our grade advantage of approx 20 pts per board, coupled with our much greater experience of playing online.

On Thursday night Crewe 2 played Newcastle, who like Crewe 1 decided to employ a system of squad rotation. Accordingly Newcastle’s team grades were significantly lower than previous rounds, and it was not too long before Crewe secured the match. However Newcastle did not lie down and put up some strong resistance that held the top two boards to a 2-2 score, but Lukasz Michalek and Martin Gill gained all 4 points on bottom two boards to ensure a 6-2 final result.

In Round 4 we have our first “derby” as Crewe 1 play Crewe 2 on Wednesday 25th, and then Crewe 3 play Newcastle the following night.