Many thanks to everyone that attended our congress

There were 142 competitors spread pretty evenly over the four sections (Open, U 165, U135, U105) including a star studded cast for the FIDE-rated Open which had One IM,4 FMs and 2 CMs .

It was great  to receive so many positive  comments. Thanks go to Matthew Carr for a fantastic job again.

We hope everyone enjoyed the congress and we hope too see you all next year.

The Open Section with 16 players had a star-studded cast  one GM, two IMs and one FM.

The Major Section for grades U165 had 25 entries

The Intermediate Section for grade U135 had 19

Many thanks to everyone that attended our congress and to all the players who travelled the length and breadth of the country to join us, from places a far as the Isle of Man, Scotland and London plus many other places across the country. It was great  to receive so many positive  comments. Thanks go to Matthew Carr for a fantastic job.

We attracted 141 players and we hope everyone enjoyed the weekend.

We hope you will all return for our rapid congress in may and our 4th Crewe Chess Congress October next year. 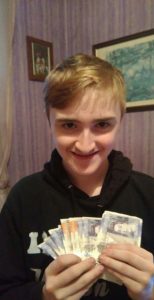 Also thank you to all the players for any donations . 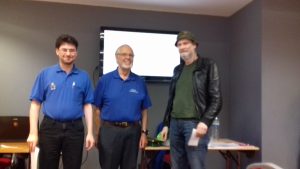 Second place was IM Lawrence Cooper  5 out of 6

The grading prize was won by  Colm Buckley

The grading prize was won by Micheal Owen 3.5/6. 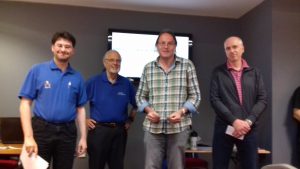 The grading prize was won by Philip Shaugnessy 3/6. 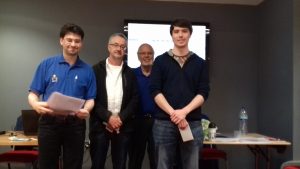 The grading prize was shared between Richard Bohm and Stuart Hamilton

We attracted 110 players and I hope everyone enjoyed the weekend

and we hope you will all return next year.

Full results in all sections

The club’s star performers were Lukasz Holcman(playing his first ever congress) and Chris Rhodes who were involved in a 4-way tie for 1st prize in the Intermediate section (U135) despite being ranked 8th and 21st respectively at the outset. Both players finished with scores of 4/5 with Lukasz performance rating at 140 (compare to current grade 123) and Chris at 156 (compare to 111).

The other prize winner was Nigel Gardner also making his congress debut, ignoring childhood events from some time ago. He collected the grading prize in the Minor Section scoring 3/5 with a rating performance of 99 compared to current grade of 70.

Other players with notable scores include Congress Administrator Neville Layhe with a creditable 50% and a performance of 156 vs current grade of 137 in the Major Section (U165). Doug Barnett scored 3/5 in the Intermediate section, with Richard Renegade and Dave Price scoring 2.5 in the same section. Junior Harry Gardiner was the lowest graded player in the whole congress, but should be proud of his score of 2/5 in his first ever senior congress with a performance rating 20 pts above his current grade and finishing in joint 18th position out of 28.

Many thanks should go to the Congress Team of Neville Layhe, Les Hall and Dave Price together with Matthew Carr (I.A) as the Arbiter. We have received many delightful messages from  players including one from Alan Riddle playing in the Minor section which is shown below:

I’ve attended quite a number of congresses over the last few years but this is the first time I’ve felt motivated to contact the Organisers afterwards to congratulate  them on a successful event and thank them for providing it.

The congress was friendly and well-run (good teamwork?) and the venue was excellent – even the special snack menu was reasonably-priced.  Overall it is difficult to find anything to fault.

Something I specially liked was that the upper limit for the Minor was only 104. This must have boosted entries from lower-grade players like me.  It was a welcome change from events where the Minor goes up to 120, 130 or even 135.  At those events players graded under, say, 90, know that they are going to be hopelessly outgraded in least the first 2 rounds and the most they can ever look forward to is a grading prize.  Please don’t ever think of raising that limit above 104!

Thanks again – I hope to be back next year.

Below some photos taken during the Congress 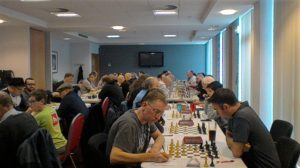 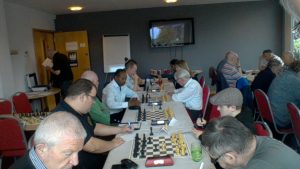 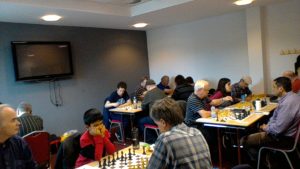 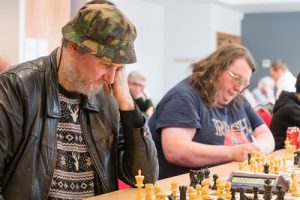 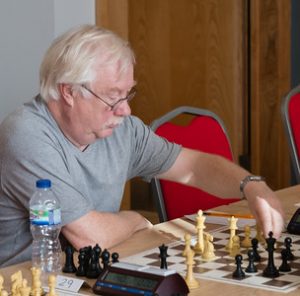 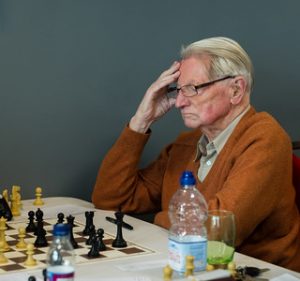 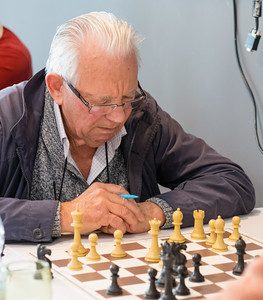 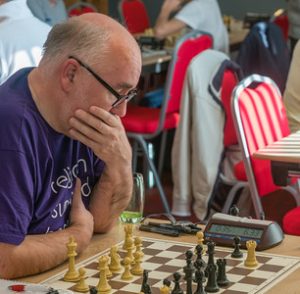 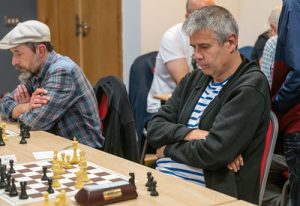